Lessons From Lithuania -- Part I 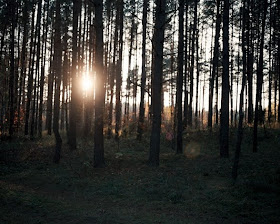 Extended a business trip to London with a detour to Vilnius, Lithuania and environs. Got back today.

While in Vilnius, I went to the NKVD/Gestapo/KGB Museum, and on my last day, the massacre site at nearby Ponary/Panieriu.

In between, I got a rental car and drove about 100 km to the west of Vilnius to a city called Kovno/Kaunas -- site of the infamous 'Ninth Fort'.

And no, the trip wasn't all death and gloom. In fact, I found Vilnius and its inhabitants to be charming and worthy of another visit.

But I did draw a series of lessons from what I saw on my excursions; part I is below:

1) Government identification records are the clerical basis for mass murder and other atrocities: No, not every government ID scheme leads to genocide and expatriation. But for the collectivists of both the German Reich and the USSR, each victim's identity card was both part of the initial targeting and the final "production record".

3) The Bad People will have lots of help from your neighbors: The most disturbing moment for me in the KGB museum was not in the execution or interrogation/torture cells. It was realizing, while moving through the excellent exhibits on the mass deportations of Lithuanians after "liberation" by the Soviets in 1944, that most of the deportees (many of whom were subsequently executed or starved or died of exposure and disease) had been betrayed to the NKVD/KGB by their neighbors.

4) "Fascism" is not the only mortal enemy of freedom and life; the real enemy is collectivism in any form: At each of the memorials, one could tell the provenance of any signage by its reference to "fascism". Mostly, such markings were from the Soviet era, during which -- not coincidentally -- many more millions of innocent human beings were killed by the "enlightened" Communists than had been slaughtered by the Hitlerites and their collaborators. While it is too much to expect the Soviets to acknowledge these facts, it is essential that freedom-minded folks grok that collectivism, in any form, can and usually does lead to the mass grave.

5) Never report en masse when ordered to do so: Nothing good ever happens to folks who do.

6) Food and ammunition will be the vital shortages you must address in order to live: Empty weapons and bellies a successful resistance does not make.

7) The Bad People will torture and kill those who help you: Get used to the idea. Retribution killing is a standard totalitarian play. Try to avoid jeopardizing your allies to the extent possible, but know that they too will be swept into the whirlwind.

8) The Bad People will torture and kill your family members: Sippenhaft ain't just a chapter in Vanderboegh's long-awaited novel. The KGB museum was filled with execution orders with notations indicating that not only had the subject been killed per order of the Party, but that "special measures" had or would be taken against the victim's family.

9)You must be prepared to fight until victory or death: Once you go to the woods, you are there for the duration. The Baltic "forest brothers" stayed out until they were killed or captured. More on them in the next part of this report.

10) If you think it can't happen here, you are wrong. The Polish and Lithuanian Jews who were ground into dust by the Einsatzgruppen thought the same thing. So did the Lithuanians who couldn't believe that the Communists under Stalin and subsequent regimes would hold their passionate patriotism against them.

Almost all of those folks who believed "it couldn't happen" died. A few survived by running into the woods, or by bearing up under the brutal realities of the Gulag, year after year after year.

Each of them knows the single biggest lesson from Lithuania: naked, brute force can and does triumph over kindness, love of kin and country, and simple human decency -- often for decades or more.

While there is still time.
Concerned American at 1:43 AM